I only thought of planting french beans when the corns were almost time for harvest- because i was lack of stakes to make a trellis for the beans. French beans wound themselves very quickly around and used the cornstalks (i.e. the natural trellis) as support. 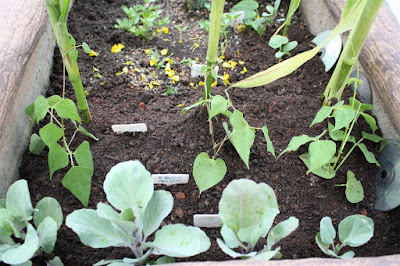 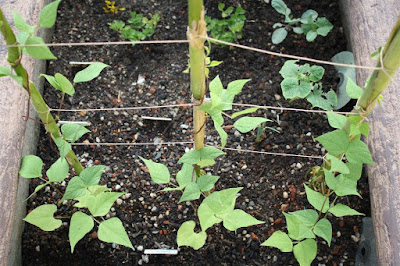 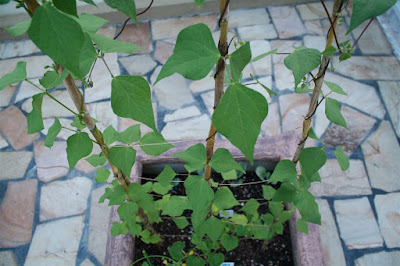 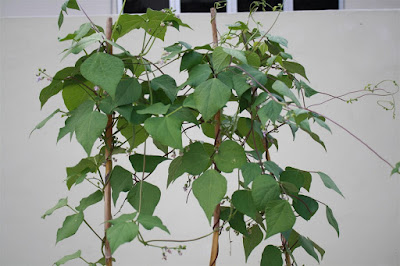 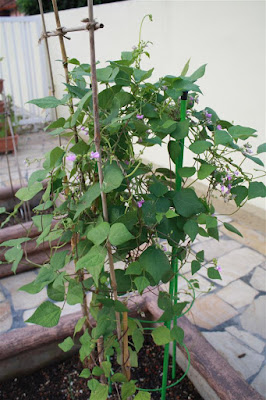 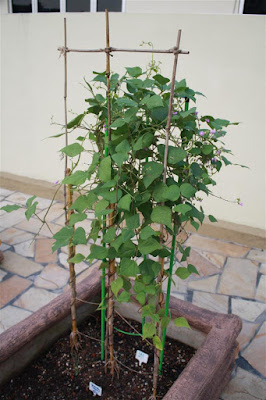 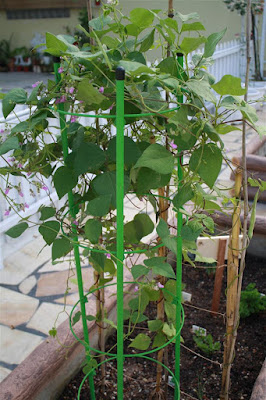 I read that the combination of corns and beans work well as the beans pull nitrogen into the soil while the corns use the nitrogen. I'm doing this combination again in another raised bed but this time i added pumpkins in to make a Three Sisters planting. This not only can have a real impact on the health and yield of the plants (as per the articles), but will also save me so much space!
Linking with Kebun Malay-Kadazan girls for Companion Week.

Hi! Great article! I also practice companion planting. The way I do it is different. It goes by texture and colours. :) Will show you one of these days if they are not all eaten up by bugs. :)

Btw, I do not have macro lens. I use a Canon Point and shoot. It is small and good.

What is a Canon Point? Ask hb tonight, he will say i crazy camera again, ahaha. Thanks!

It look so natural your trellis, won't know that it is corn stalk unless you said it.Your beans look very healthy and starting to produce. Thank you for the sign so happy, very cute! Thank you for linking:).

Brilliant idea! You always have some creative idea!

You're so thoughtfulness for planting. Love to see harvest.

Great!... It would be fun having organic trellis! I am now concentrating on the fence as trellis... less organic, already there, ever ready. Good luck to your kacang buncis, the french beans, a plant I never grew.

Nice! Do you get problems with pests for your vegetables? How do you deal with it?

Diana, Malar & Terrie: Thanks. The idea came out because i lazy to make trellis also, haha.

Bangchik & Kakdah: I'm growing bitter gourd at the fence too, hope they not only happy to stay there but also protect the colour of my fence!

Open Kitchen Concept: I use soapy water like once every 1-2 weeks. But once applied, i wait for at least 3-5 days to harvest. Soapy water works great :)

Very nice companions they make, one supporting the other! Your veggies looking so healthy and very neatly planted!

Milka it looks like your going to have lots of great vegetables.

What a great idea!